As the lockdown restrictions are eased, the tourist industry is picking up, and the recent spells of fine weather have seen a huge influx of visitors. Personally, in the 30 years that I’ve lived here, I don’t think I’ve ever seen so many parked vehicles in Aberffraw and Cable Bay. Newborough Beach car park is restricted to 400 vehicles, but as well as that there have been large numbers of cars parked near every access point to Newborough Forest. As Bryan Owen remarks in his YMCC update (below) we still can’t be complacent, and there’s still a limited requirement for scrubs in Holyhead Hospital, (Thank you, WI ) but it was good to hear that on Saturday August 8th for instance, the total number of Covid-19 patients in Ysbyty Gwynedd was – wait for it – zero !

On a more sombre note, I won’t be able to enjoy a cold pint of Peroni in the Crown beer garden until Wednesday September 9th.

Not much happening this month , most of the staff are on Holiday.

The good news is that there is no major increase of the coronavirus on the island, but the authorities across the region are very concerned about a second wave in the autumn and are urging everyone to keep to the guidelines.

During the summer months the population on Anglesey normally doubles. According to recent reports however , the population has actually trebled over the last 3 week period, and all the hotels West of Rhyl have been at full capacity.

I am sure that as a community we wish to thank Mrs Margaret Roberts (Maggie) who has recently retired after over forty years of service to the local authority and who was also the caretaker and key holder at the community centre , she has now moved from the school house into the village.

OUT AND ABOUT – From PHILIP SNOW

Despite many losses to Anglesey wildlife over the last 50 yrs, we are now seeing several success stories. The Otter is one returner, with families of up to four young, usually with mother, regularly spotted from Llyn Cefni to Llanddwyn, especially on the RSPB marsh or down here at Malltraeth - even in the daytime. 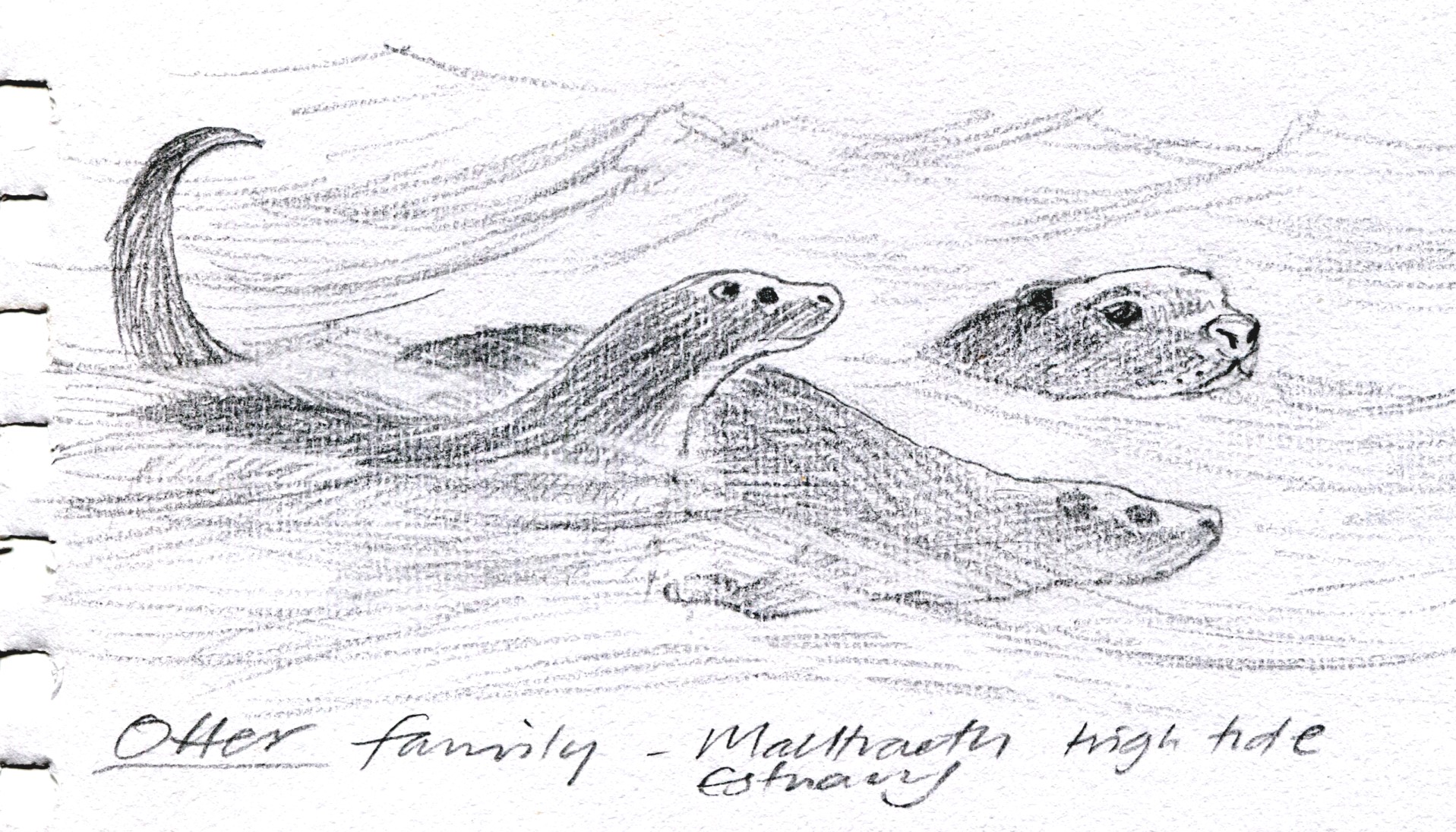 As for Dinas 'our' summer resident but non-breeding Osprey, he has possibly just caught two large fish at the same time, a Plaice and a Grey Mullet, as unlikely as that sounds! Here's a trailcam pic of him, left foot on Plaice, right on Mullet.

'Winter' birds are also returning, including the delightful little Kingfisher, with several staying around until next March before heading back upriver to breed. 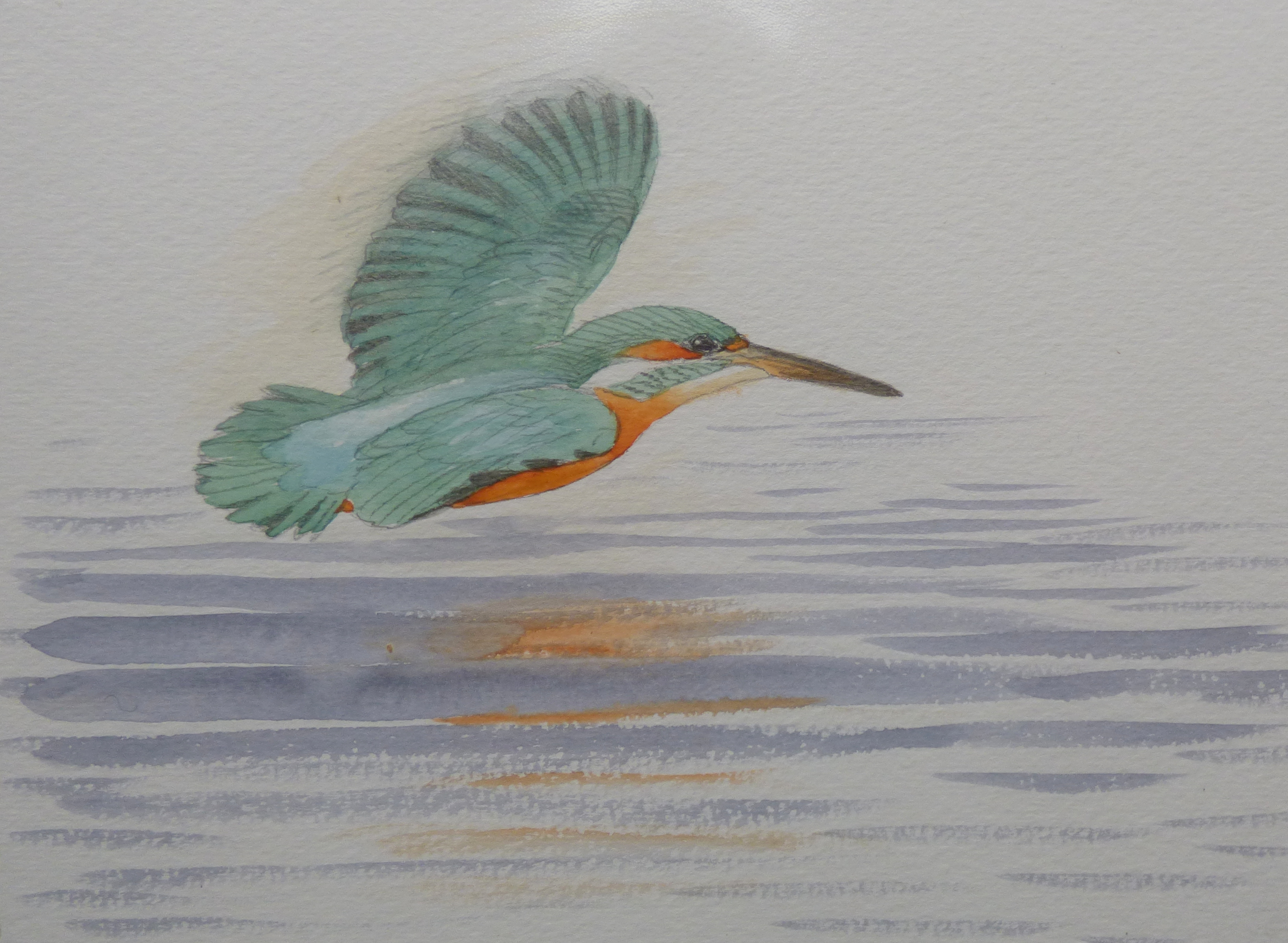 Sadly, the saga continues. The story so far:- February 12th Dafydd Jones and nine other directors of Malltraeth Ymlaen apply to Companies House to have MY closed down. March 18th an opinion poll of residents votes overwhelmingly to keep MY going. March 30th the MY bank account is closed, and the £22,000 raised by MY over many years is transferred to the Community Centre Trustees, of which Dafydd is also Chairman. March 31st Dafydd resigns as Chairman of the Trustees, and Cllr Bryan Owen steps in as caretaker Chairman until the next AGM, the date of which has yet to be set. April 9th The other two Directors of MY apply to Companies House to have the closure request rejected. April 21st Companies House formally withdraw the application, so MY is officially back in business. April 21st to August 12th Dafydd and 9 other directors refuse to resign, preventing MY from resuming its normal activities. August 12th Dafydd and 9 other directors apply for a second time to Companies House to close MY, on the grounds that – you’ve guessed it - MY has been “inactive “ since April 21st . !! If the nine directors resign, MY can start to function again, and it has been made clear from the very beginning any or all of the 9 directors would then be welcome to put themselves forward for re-election.

This Group is now over 30 years old, and is one of the first groups formed when Ysgol Bodorgan became Ysgol Cymuned Bodorgan. Sadly no longer a school – but very much still a 'Community'. The Group is looking forward to resuming its monthly meetings ASAP – and as Government Guidelines say Community Centres are now allowed to open – we hope that is not too far off. We are fortunate in having the most versatile Community Centre in the area – a good size hall with easy access and exit with the benefit of ample parking space close to the entrance/exit doors. Given that the average age of our Members is definitely over 50, and with some members heading towards upper 80's – this is perfect. This could possibly be of use to the wider community, until they are able to open their smaller venues. Our monthly meetings have been greatly missed, together with the usual functions. The St David's Day Lunch which was booked for 17th March (St. Patrick's Day!) unfortunately fell victim m,to the Coronavirus and had to be cancelled. There have been enquiries regarding the Exercise Class, Coffee Mornings, Arts & Craft Group, RVS Lunches, etc., all of which are enjoyed by members of this Group.( Not forgetting looking forward to the Christmas Lunch! ) Combined, these activities help the general well-being, both of mind and body and have been sorely missed during this period of enforced closure. Of course this is all subject to the necessary cleansing and social distancing being taken into account. Which I am sure would be carried out 'to the letter' by the Community Support Group. The Over 50s Club would like to acknowledge the help and assistance which was readily available from the Support Group during this stressful time. The Community as a whole rallied round and supported one another. Everyone did what they could !

Part of the lease agreement with YMCC is that they are responsible for cleaning the Centre, and they have made it clear that they don’t anticipate doing so this side of 2021. This doesn’t necessarily mean that we can’t open before then, and the Support Group is collaborating with other Community Centres to come up with a workable solution. One thing that works in our favour is that the Corona virus cannot survive outside a host for more than 72 hours, so as long as we leave 3 days between bookings, the cleaning requirements are far more manageable. A track & trace system is easily installed, and for meetings of a short duration it may be possible to keep the toilets closed. .As Roz points out in the OVER 50s section, It is in everybody’s interest to reopen the Centre at the earliest possible date. According to Christine Rogers however, it has been decided - presumably by the Trustees - to keep the Centre closed “ for the foreseeable future” , We obviously have a different set of priorities from theirs, but you can rest assured , the Support Group is very definitely on the case !

We had hoped to use the MY Bingo machine for the first draw, but since neither the machine nor the Community Centre are available to us, we will make other arrangements. As soon as the first draw has been made, the results will be announced in a separate bulletin.

We have eight churches in our parish of Bro Cadwaladr , and we are now in the process of planning for the re-opening of our buildings. Risk Assessments have been carried out and, having measured the area of each church to estimate how many people would be allowed to attend, clear markings have been set out showing people where they are allowed to sit etc. So far, only two of our churches have decided to open - St. Michael's, Gaerwen, and St. Ffinan, Llanffinan. Two metre distancing is of course observed throughout, and whoever is leading services has to wear a visor. Singing is not allowed. Church will be very different for quite a while to come. I would like to add, that there has been an opportunity for the people of Bro Cadwaladr to tune into a Zoom service every Sunday throughout lockdown, and that is still available.

Please see below the link and password for the Zoom services.

As if we haven't got enough disturbance for our wildlife, which used to have quiet, 'refuge' areas, a powered hang-glider has now taken to buzzing the estuary & Cob pool, scaring innumerable birds. Although we are well used to fast jets and helicopters, this one is flying very low indeed, mere metres above the estuary & salt marsh, and that doesn't bode well for our famous Osprey nor the thousands of birds starting to arrive for the winter! The Cob & Estuary is supposed to be a NN Reserve, SSSI & SACconservation area. Philip Snow is asking whoever owns the land from which the hang glider takes off to speak to the person concerned , and request a more sensible and responsible attitude, avoiding the area which is currently being disturbed.

Returning to the subject of intense heavy agricultural traffic through the village, Cllr Peter Rogers reports that the fields from which the cut grass is transported are sometimes having 4 cuts per year, and it is obviously important to get it wrapped as quickly as possible while the weather holds. What isn’t clear however is the need to transport it elsewhere for wrapping In most of the fields around here , the bundles are wrapped on site, and this allows time to transport them at a measured rate, instead of thundering through the villages for 16 hours at a time.

Alison Williams, our Community Police Officer has nothing to report. .If you have any non-urgent matters to report, her mobile number is 07768 556199, and her email address is :Mae'r cyfeiriad e-bost hwn wedi'i warchod rhag robotiaid sbam. Rhaid i chi alluogi JavaScript i'w weld.

BECOME A MEMBER OF MALLTRAETH YMLAEN.

We are encouraging people to sign up as members of Malltraeth Ymlaen. It ensures that we comply with the Data Protection Act, and means that you will continue to receive newsletters and bulletins. It also allows your voice to be heard in the event of an opinion poll or a vote. Membership is free, simply follow this link!. The form is so simple that even I was able to complete my application in under a minute. NB For people without Internet access a printed form can be delivered on request.

The NHS launched an appeal to artists across North Wales to donate images to place in the three field hospitals erected in Bangor, Llandudno and Deeside . Local artist Christine Garwood submitted some of her brightest , most cheerful paintings and four of them have been selected . They have now been printed onto large canvasses, and will be used to brighten up the three “Rainbow Hospitals”. 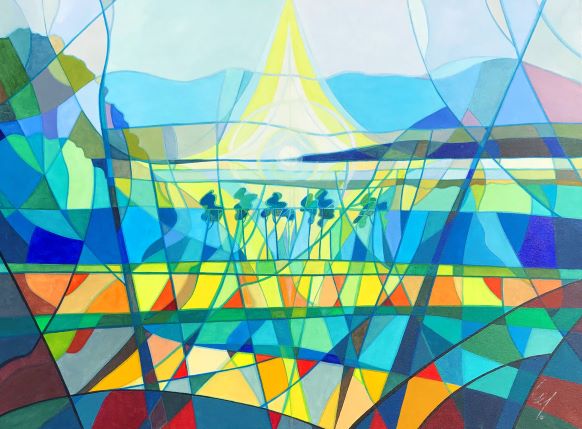 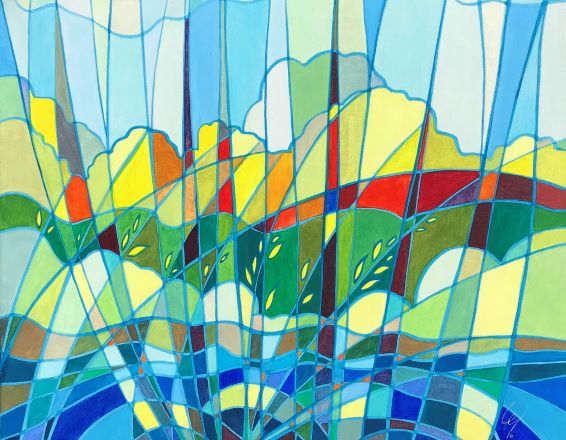 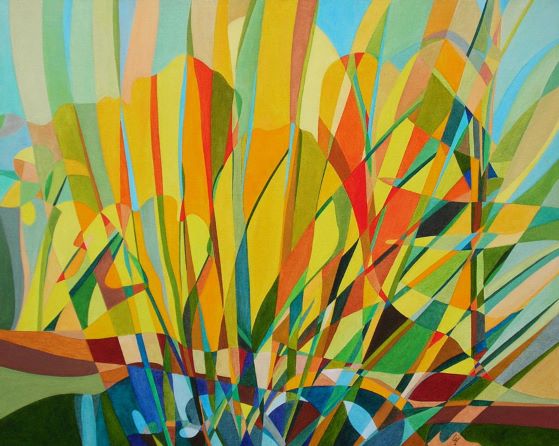 CONTACT THE SUPPORT GROUP If you wish to have a say in the next newsletter, whether news items, policing issues or gripes, please email Mae'r cyfeiriad e-bost hwn wedi'i warchod rhag robotiaid sbam. Rhaid i chi alluogi JavaScript i'w weld..

On behalf of the Bodorgan Community Support Group,